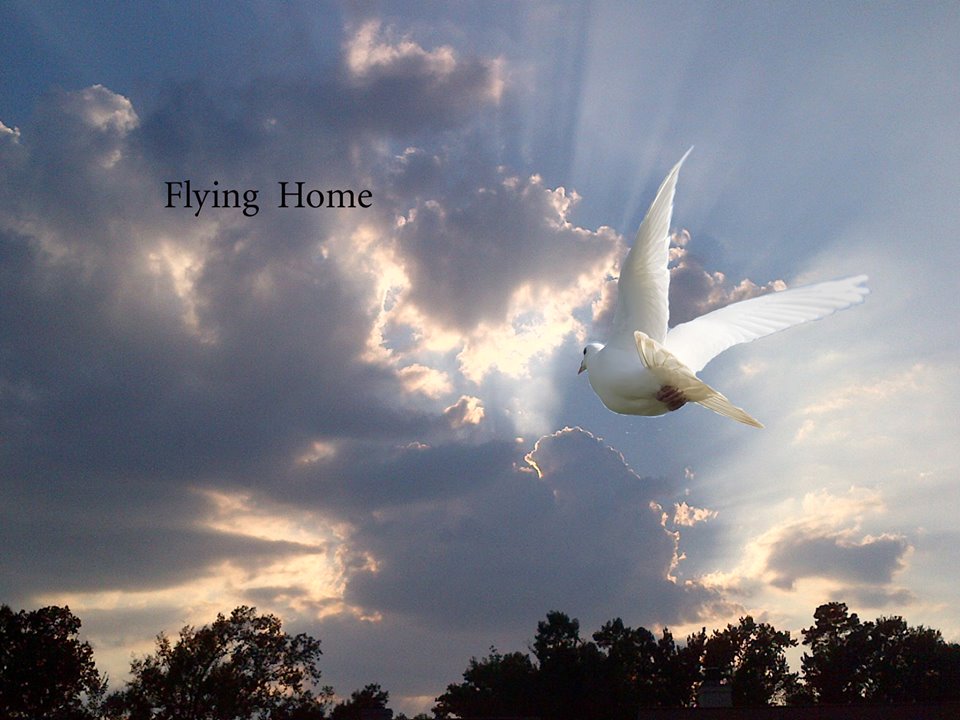 On the white wings of sorrow

It feels like I’m in taking a course in after death communication (ADC) and am given all the possible signs and experiences known to people. Whatever information I read on ADC and whichever stories from others I come across, I can relate to them. There might still be a bunch of signs that my twin hasn’t thrown my way, but this is probably only a matter of time. I hope we can also invent some new ones together.

What I have observed so far and find the most amazing is that each sign is somehow thought of, carefully planned and prepared for. It’s not just one occurrence, but a series of events building up towards the sign itself, or a repeated occurrence of the same sign in different forms which reaffirms it being a sign.

This last sign I had was an outcome of one of these well-prepared plans.

First came the song. It was shared by a couple of my friends on Facebook at the same time and by that caught my attention. It wasn’t a new song, rather quite an oldie but I had never heard it before. The title instantly sparked all my grieving feelings – “Where there’s no me”. The lyrics were just grinding all my essence, tearing the remnants of my half-soul apart into millions of pieces that I still cannot recollect.

I’ll attempt to translate the lyrics here, so that the reader can fully feel the extent of power of this song.

“Where there’s no me”

Where there have not been laid

Your footprints in the sand

And where a white bird in sorrow

Is making circles by the foamy waters.

Where there’s a trembling sound

On the lips of the luring quay,

Glide watching intently from the sky.

Where the fog of the hair

Will not cover up the white day,

Where the pines of amber tears

Are dried away by a caring deer.

Where you watch the door, full of hope,

And build a snowman cheerful as a kid.

Where the steamboat cries in the night,

Where the horizons realize they’re orphaned without you.

Where there’s no me around the invisible you,

You know, without you

It’s impossible for me to live a single day, eventually.

I’ve highlighted some of the phrases, as they either have a personal meaning/sign or have just touched the finest strings.

the lips of the luring quay – I’ve been having many recollections of our first kiss, a very powerful memory, indeed, of the many kisses I’ve had in my life and I’ve been trying to use this recollection to bring back the strongest physical sensations of having him near me

swift-like eyes – I didn’t know what this analogy meant, until I realised that the singer had eyes shaped just like my twin’s. He was even nicknamed as Uzbek by his friends for this shape of the eyes. And when I looked up on the internet, I realised the singer is Uzbek too. How I miss those eyes… It’s probably the realization that kills me most intensely, that I will not ever again see these eyes.

you watch the door, full of hope – I know till the last day of his life he was watching that door in the hope that I would come to him…now I’ll be watching the exit door of my life , full of white light and hope…to come to him one day…

Where the horizons realize they’re orphaned without you – this is just so powerful, I have this feeling of  an empty universe without him all the time. It’s full of everything, full of many beautiful things and feelings, but it’s still somewhat empty for me.

there’s no me around the invisible you – I always picture the invisible him around myself, usually on my right. I swear I can feel his touch sometimes.

without you it’s impossible for me to live a single day, eventually – eventually, is the keyword here, I would have never thought I’d be so much lifeless without him. I am eventually. He’s part of my every single day. I know that the day I stop believing he lives on, will be the last day of my life.

And the last one, is the one which led to the most material sign,

white bird in sorrow is making circles by the foamy waters – I was listening to this song on my player sitting by a fountain, where I often sit and watch the waters foam and form ethereal rainbows, when suddenly a white dove flew into this area and started flying around the foaming fountain. It sat then on a roof opposite me and we were looking at each other for what seemed an eternity. Just me and him, the rest of the world ceased to exist. I never saw white doves in that park, not even in my city one can see them frequently. They’re usually only bred specially for religious ceremonies, released during weddings and baptism events.

One more memory for the forever.

The afterlife love story from the beginning.

4 thoughts on “On the white wings of sorrow”

All the content on this blog is a personal life-story based on real experiences happening in the real-time. Follow me if you have lost your loved ones, are interested in astral travel, lucid dreaming or Sattva Yoga. I'm sure we can exchange some good vibes, words and practices that will enrich us and ultimately contribute to good energy forming in the universe.